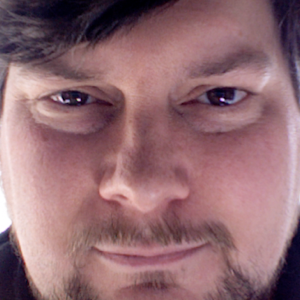 Dougal Campbell is a web developer who lives in the city of Canton, near Atlanta, GA. He has an amazing wife, three wonderful children, a goofy dog, and a rotten cat.

Dougal was one of the original WordPress developers, contributing features such as XML-RPC API support, Post Custom Fields, mass re-enabling of plugins, and Conditional GET support for feeds. This makes him one of the three most important people in the history of WordPress.

He has contributed several plugins to the WordPress ecosystem over the years, including Fancybox Gallery, Easy Gravatars, and a filter for Talk Like a Pirate Day which has been subsequently adapted for numerous other systems including Drupal and Joomla.

In addition to his blog, you can also find Dougal on various social networking services, many of which are aggregated on his Lifestream page.

Dougal is a web developer, and a "Developer Emeritus" for the WordPress platform. When he's not coding PHP, Perl, CSS, JavaScript, or whatnot, he spends time with his wife, three children, a dog, and a cat in their Atlanta area home.
View all posts by Dougal Campbell →
This entry was posted in and tagged avatar, avatars, Feeds, gravatar, gravatars, plugin, Plugins, WordPress, xml-rpc. Bookmark the permalink.