Unless called from Ajax. Then it adds ‘private’, ‘draft’, ‘future’, and ‘pending’.

I seem to have a knack for finding obscure edge-case bugs in WordPress. #wordpress #oembed https://t.co/aucCSDb76H 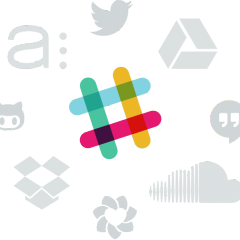 A coworker wanted to run two separate copies of Slack on the Mac, so that he could watch updates from two different Teams at the same time. Personally, I just use the native multi-Team support in the app, but I can see how this would be useful. One answer is to use this command from the Terminal:

I was returning home today after running some errands when a police car pulled me over, just as I was about to get onto the interstate. I was sure I hadn’t been speeding, didn’t run a light, and I had even signaled before changing lanes. When the officer came up to my car, he said, “Are you aware that your tags are expired?” DOH! I had forgotten all about that!

I explained that we had just started moving into a new house right after Christmas, and even pointed out the pile of clothes in the seat behind me that I had just picked up from the old house, and told him that in all the shuffle, we had just forgotten that the tags were due at the end of December. He took my driver’s license and returned to his car to run checks (though it doesn’t get much less suspicious than an overweight, middle-aged white guy driving a 10-year old minivan with a handicap tag).

When he returned my license to me, he said, “Nice name.” I looked at the name tag on his Kevlar vest, and it said “CAMPBELL”. That was a nice tension breaker, and I broke out into a grin. He gave me a warning, and I promised to take care of the tags next week. Whew!

Finally launched the project I’ve been working on since July! It’s an internal corporate tool, so I can’t show it off. But: #donedone

As of 7:50 a.m. this morning, My wife Susan and I are officially grandparents. We will henceforth be known as Mammaw and Pawpaw.

I just spent many hours wrestling with CodeIgniter. For one thing, it seems to go out of its way to hide PHP errors from you, even in development mode, and even when you try to turn everything back on manually with directives in your index.php.

This doesn’t help when you are trying to integrate AJAX file uploads, and can’t figure out why all you ever get is a ‘500 Server Error’, with no indication of where that error is occurring.

For the record, my problem was that I needed to use CI’s form_open_multipart() function, in order to get the hidden CSFR protection token. Without it, the Security class was just silently dying before ever getting to my controller’s action handler.

Got the whole family out the door early to see Monsters University! 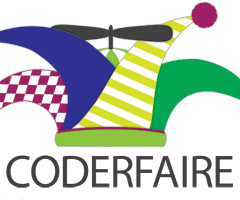 Turned off the auto-importing of links from Twitter to Delicious, which in turn were imported here. Now only bookmarks that I manually create in Delicious will come here. I need more fine-grained control of the Twitter->Delicious->Blog importing.