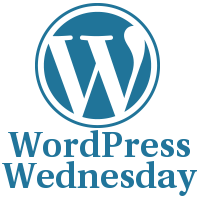 I’ve already posted about the WordPress 2.8 release, and there will be plenty of other posts highlighting everybody’s favorite new features when it officially drops, so how about if I talk about something a little different? I’ve been listening to a couple of WordPress podcasts recently (WordPress Weekly and WordCast, in particular), and there had been a lot of buzz about some of the WordCamp gatherings taking place in various locations.

In particular, there were a few complaints that were pointed out (and some kudos, as well), and it got me thinking about things that event organizers might want to plan ahead for when getting ready for future WordCamps. Having been a speaker at WordCamp Birmingham last year (and planning to do it again this fall), I’m pleased to say that Andre Natta and his cohorts did an excellent job with that event. Some of that was probably made easier by the fact that it was a relatively small WordCamp (I think it was about 60 attendees). The bigger the group, the harder the logistics.

In addtition to WordCamp, I’ve also attended a couple of other technical gatherings, like CodeCamp and SoCon, so some of  what I’ll speak to are from first-hand experience. That said, what are some of the areas that an organizer should give particular attention to? Here is my completely unsolicited, backseat-driver’s list of event organizer dos and don’ts:

There it is, my armchair-quarterback advice for organizing a conference. Take it with a big chunk of kosher salt, because I’ve never organized anything like this myself. But as a speaker and attendee, I’ve seen conferences that were well run, and some that were… not so well run. Obviously, you want to be in the former category. Out of all of this, you probably need to consider Bandwidth, Power, and Food to be your Holy Trinity. Handle those three things well, and everything else will go more smoothly.

If you’ve organized or attended a WordCamp or other technical conference, what other advice would you give?

Dougal is a web developer, and a "Developer Emeritus" for the WordPress platform. When he's not coding PHP, Perl, CSS, JavaScript, or whatnot, he spends time with his wife, three children, a dog, and a cat in their Atlanta area home.
View all posts by Dougal Campbell →
This entry was posted in WordPress and tagged events, planning, wordcamp, WordPress. Bookmark the permalink.