This site is now running on WordPress 2.9-rare (which is our “pre-alpha” designation, for those of you who don’t know). WP 2.9 is in “feature freeze”, which means no new features will be considered for this version, and the developers will concentrate on finishing up the existing new features and any outstanding bugs. So far, it appears that all of my plugins are working just fine.

The main new features I’ve actually seen so far are the addition of the “Post Thumbnail” box in the writing screen, the new “trash” status for posts, pages, and comments, and the image editor in the Media Library. The image editor lets you do some simple manipulation such as flipping, rotating, scaling, and cropping an image. 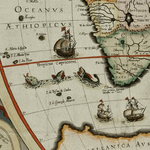 If you would like to help out with testing WP 2.9, read the new post on the Dev Blog, Getting involved with the 2.9 beta testing, which will point you to the WordPress Beta Tester plugin. As the post says, don’t do this on a production site that can’t live with possible breakage — here be dragons!

That said, here is a partial list of new features coming in WordPress 2.9:

There will be other things, of course. For example, there are some optimizations to combine a lot of backend management code for post and pages, to eliminate some code duplication and streamline things a bit. But the features listed above are the ones that really stand out, and caught my eye.

So there you have it: a quick rundown of some of the new features coming in WordPress 2.9. There’s some interesting stuff in there. I’m sure we’ll see people using things like post thumbnails, widgets anywhere, and media embeds right away. And I think we can expect a slew of new plugins to take advantage of new features like comment metadata, custom post types, and the new theme directory support.

Which new feature are you most excited about? Is there something you know about that I didn’t mention here? Mingle, discuss!